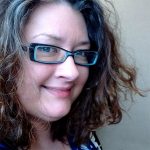 I know it’s been over a year but I am finally back doing what I love and that is designing.  I have several new kits in the works and I look forward to sharing them with you! I sell my products exclusively at theStudio and I look forward to meeting you all and providing you with the most beautiful tools that will make your pages shine.

I’m sure some of you are very curious why I kept leaving the Digiscrap Community only to return six months to two years later. First of all, I love it. And when forced to leave, I will always return. But I thought I’d share the rest of my story since it is unique and one you will not hear everyday.

And why did I need a hiatus? I don’t know if you’re all aware that I’ve been not feeling well for many years. For 23 years to be exact. Well, last year it just got so much worse that I was almost incapacitated. It had been coming on slowly for so many years that I didn’t realize that I was getting worse until I had to just stop. Everything in my life. I was so tired I felt that I was sure I would die of exhaustion and I wasn’t even doing anything. One day a friend of mine suggested that I look into a Neurological Disorder that a mutual friend of ours had since I shared several key symptoms. I decided to look up Narcolepsy. And what I found listed there astounded me. I literally had every single symptom without a doubt.

The classic symptoms of Narcolepsy is called the Tetrad, meaning a ‘group of four’. It includes what we call EDS or Excessive Daytime Sleepiness which causes sleep attacks; Hypnogogic Hallucinations which means you can hear, see, smell or feel things that aren’t real as you’re falling asleep; Sleep Paralysis which is when your body is enters or is still in REM and you cannot move anything but you are fully awake. This is often accompanied by the hallucinations; and Cataplexy which is when you lose muscle tone when experiencing high emotion. Lesser known symptoms I also shared were microsleeps, vivid dreams, brain fog, memory loss, automatic behavior and mild anomia due to the brain fog.

The most telling symptom, however, was Cataplexy. Cataplexy is a symptom known only to occur in people with Narcolepsy. Cataplexy occurs with strong emotion, usually laughter, but it occurs with all strong emotions and is made worse with stress and exhaustion. Well, prior to learning what Cataplexy was, I called what happened to my body during times of high emotion ‘shutting down’. Cataplexy is something unique, scary and rare. It can occur in many forms. My early forms were just feeling limp, tired, unable to open my eyes and talking with a slur because my mouth felt like hard plastic. As I aged I would lose the muscle tone in my limbs and neck. That is what Cataplexy is. It makes you lose muscle tone and the most severe attacks can paralyze you for several seconds to long minutes. I learned very quickly that I had the severe form of Cataplexy. While laughing I sometimes lose the ability to stand and my knees buckle beneath me and I fall to the ground. This full body paralyzing weakness only started to occur within the last year and only occurs when I am surprised by something very funny, scary or sad. It’s fascinating, really. And very scary at when in public but I cannot tell a lie, it’s also rather funny to watch and I laugh at myself often.

I had no idea that I had likely contracted my Narcolepsy as a small child because I was born with the gene carried down from my fathers side. When I contracted Scarlet Fever – a Streptococcal virus – at age six, the gene triggered the Hypocretin located in the hypothalamus in my brain to stop reproducing. Hypocretin affects your sleep wake patterns. It was at that time that I noticed I began having vivid dreams, napped more and over the next few years I developed the Hallucinations, Sleep Paralysis and Cataplexy. The EDS did not advance rapidly until I contracted the Epstein Barr virus at age 20.

So I’ve been struggling with exhaustion for 23 years and no one could find the cause until I read the symptoms that did not, until that moment, add up to anything or seem at all related. I spent the last six months trying to find treatment for my Narcolepsy and Cataplexy but we could not find a treatment plan that worked. I am feeling well enough to work but not well enough to work outside of the house. The demands of an outside job are just too much for my brain and body to handle. I need to make my own hours and be able to nap when I need to nap because I want to nap every few hours throughout the day and night. Did I mention that another lesser known symptom I have is Insomnia? Yes, we also suffer from that as well. It is not a disorder that is as funny as they describe on TV and therefore it is taken less seriously. But it’s a life-ruiner to be sure. I lost my job due to my inability to sleep, my inability to drive when I was too tired to be safe, brain fog, memory loss, cataplexy and there is nothing I can do about it. Because the world does not take it seriously.

So this is my job. And I will do what I have to do to be successful. Like I said in my All About Aimee page. My life is full of struggles and triumphs. But. It is a life well lived.

Thank you for reading. I decided to not hide my disorder, which is incurable. I will instead educate. I will advocate for better understanding and more research so I can one day have proper treatment. It’s an amazing life I’ve lived but I want to live the rest of it fully.

I have been designing digital scrapbook kits since 2009 and I live in beautiful Grand Rapids, Michigan with my boyfriend, Tyler, my cat Shakey, and our myriad of fun and unusual pets! I am an avid scrapbooker, photographer, website designer, writer and I also have Narcolepsy with Cataplexy. My life is full of struggles and triumphs. It is a life well lived.
View all posts by aimee →
Tagged  my life, narcolepsy.
Bookmark the permalink.